Brother Dawah & H. Khalif Khalifah return to The Context of White Supremacy. Brother Dawah hosts his own television broadcast dedicated to ending White Terrorism. Mr. Khalifah is an author and Master Printer. Brother Dawah and Mr. Khalifah are coordinating their efforts to manage a massive plot of land in the Mid-Atlantic US. We'll investigate how other black people can become involved and how having access to land will aid black people in eradicating Racism. 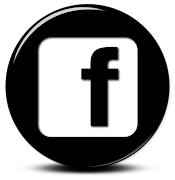